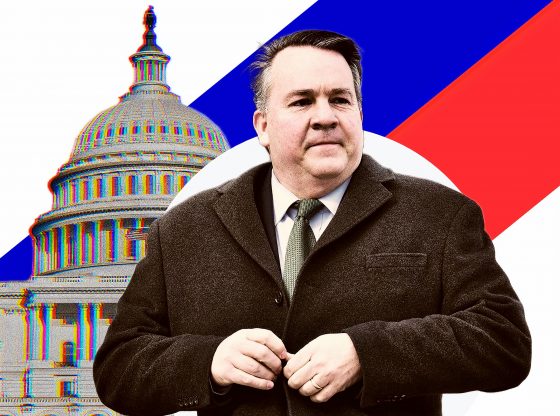 Representative Alex Mooney is a Republican politician from West Virginia who currently serves as the U.S. Representative for West Virginia’s 2nd congressional district. He was first elected to the House of Representatives in 2014 and has been re-elected every term since. Though the Representative may be changing his plans in 2024, as he announced plans to run for Senator Joe Manchin’s seat. Senator Manchin, who has been a target of NRSC ads built to get the Senator to retire, has yet to announce his plans for reelection or retirement.

During a trip to Wood County, Mooney discussed his plans to run for Senator Manchin’s seat stating:

“I just think that the voters deserve someone who shares shares their values, and I would point to my voting record,” Mooney said. “100 percent pro life, A-plus from the NRA. Senator Manchin does not have those values, and I think I could represent West Virginia well in the Senate.”

Mooney had said he feels confident, as he already has the support of most West Virginians and is able to serve the state better than Manchin currently is as he believes his values reflect the voters rather well.

Why does this matter?
Regardless of what Joe Manchin announces, he will now have a Republican competitor, and Governor Jim Justice is also considering running for the seat. This all together boils down to a hot race come 2024 as voters may end up with a large group of choices.

Unlike most of the rest of the Democrats, Manchin is not a complete and total idiot. However, West Virginians can do a lot better than him.