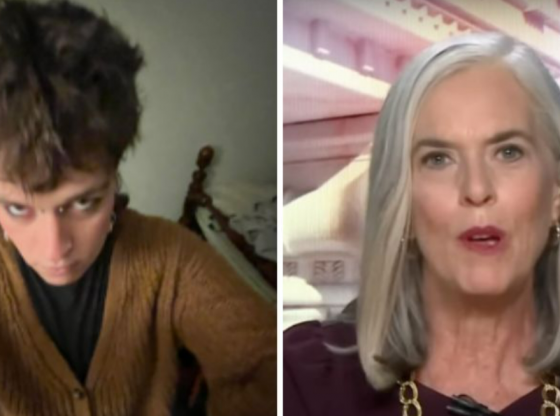 2023-01-23 – House Minority Whip Democrat Katherine M. Clark’s son was reportedly arrested during an Antifa riot in Boston, Massachusetts Saturday night. Where according to the Boston Police Department, at about 9:30 pm officers responded to a call at the Parkman Bandstand Monument located in the Boston Common area. When authorities arrived they were greeted by an individual defacing the monument with spray paint, using phrases like ‘NO COP CITY’ and ‘ACAB,’ both of which are popular anti-police activist phrases. This comes as Antifa members were protesting the “Antifa-occupied autonomous zone” after Atlanta, Georgia Antifa member Manuel Esteban Paez Teran was shot and killed by police after he shot and injured an officer.

It appears that the child of Democrat House Minority Whip Katherine M. Clark was arrested for assaulting police as part of an #antifa event in Boston last night.

Clark tweeted Sunday that her child, who identified as a female, was arrested and that she was confident in the legal process.

Last night, my daughter was arrested in Boston, Massachusetts. I love Riley, and this is a very difficult time in the cycle of joy and pain in parenting.

This will be evaluated by the legal system, and I am confident in that process.

It was reported that when Clark’s child Jared ‘Riley’ Dowell, was arrested about 20 protesters circled officers in the street traffic came to a standstill and one officer was hit in the face. Dowell, however, was successfully arrested and charged with assault by means of a dangerous weapon, destruction or injury of personal property, and damage of property by graffiti/tagging.

Saturday night, members of the Atlanta-based Antifa members took to the streets to throw rocks and light fires outside of the Atlanta Police Foundation following Teran’s death.

Teran was killed during an operation to clear out the Antifa-occupied autonomous zone “Cop City,” where the Atlanta Police Department was planning to build a training facility.

Teran’s death sparked the Boston protest, in which Dowell – Clark’s child – was arrested in part of.

A Waste of Money
Chief Of Staff QUITS- What Will Biden Do Now?

Talk about a failure. You reap whar you sow. They’re both failures.