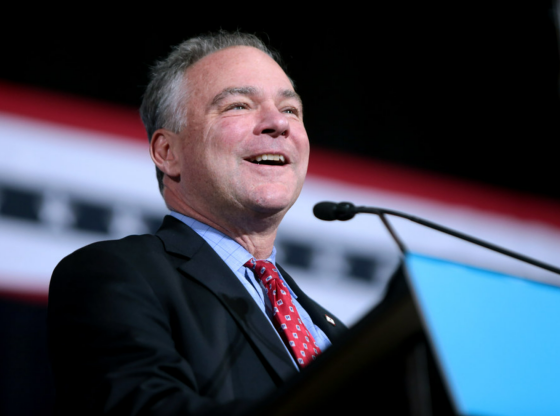 Senator Tim Kaine, D-VA, plans to announce his plans for the future Friday. After keeping his plans close to the vest, Virginia’s junior senator and the Democrat party nominee for vice president in 2016 will let them be known. Kaine’s decisions here could set in place the Democrat’s playbook for the state seat in 2024 but could also mean more for Kaine depending on if he plans to retire, run for Senate again, or take things one step further and run for President himself in 2024.

Why is this important:
If Kaine were to run for his seat again, there is a good chance he could be reelected – though if he doesn’t that seat would be one to watch as Republicans aim to take the majority.

Who is Tim Kaine:
He is a politician who was born in Minnesota and raised in Missouri. However, he went to Virginia after marrying Anne Holton, the daughter of former Virginia Governor Linwood Holton. He got his start in politics in Virginia as well. Kaine served as the mayor of Richmond before being elected Lt. Governor of the state and then Governor of Virginia. When he became term-limited he was asked by then-President Obama to serve as the chair of the Democratic National Committee. He served there until running for Senate, and in 2016 he was tapped to be Hillary Clinton’s running mate.

What now?
We will have to wait and see what happens Friday. But as of now we can speculate that one of three things will happen for certain – Kaine will retire, run for his seat again, or he will opt to run for a bigger position (aka – President of the United States).

He can run for whatever he wants, but will probably get beat, in any race,he is a total zero, like his radical,liberal, antifa son.

Don’t waste your money Kaine nobody wants your policies.

Hopefully he retires, a useless DemoRAT.