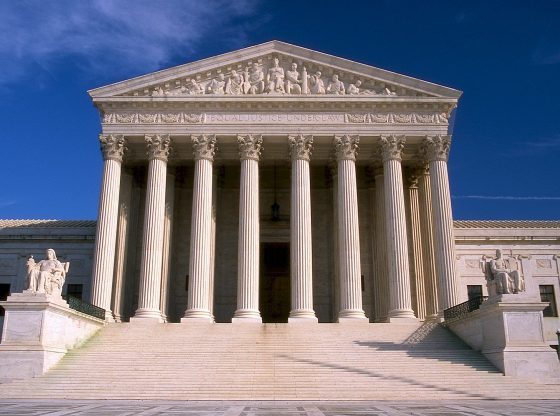 The Supreme Court announced on Thursday, that after a months long investigation, they could not identify the individual who leaked a draft of the court’s Dobbs decision. Justices called the leak a “grave assault on the judicial process,” and the Supreme Court marshal was tasked with investigating. The marshal reviewed forensic evidence and interviewed nearly 100 employees, the court’s statement said. “But the team has to date been unable to identify a person responsible by a preponderance of the evidence,” the report continued. No evidence that the court’s computers were attacked by an outside force were found by the marshal.

“Investigators continue to review and process some electronic data that has been collected and a few other inquiries remain pending,” the report said. “To the extent that additional investigation yields new evidence or leads, the investigators will pursue them.”

In his announcement of the investigation, Justice Roberts has this to say:

“To the extent this betrayal of the confidences of the court was intended to undermine the integrity of our operations, it will not succeed. The work of the court will not be affected in any way.”

According to USA Today:

The court’s announcement Thursday came more than eight months after a draft opinion in Mississippi’s challenge to Roe v. Wade leaked on May 2. The unprecedented breach of Supreme Court protocol, which showed how the conservative justices might overturn Roe, led to protests across the country. The court’s final opinion, which was unveiled in June, closely tracked with the earlier leaked draft.

The leak immediately shifted the landscape in one of the nation’s most divisive culture war issues, prompted a flurry of reaction from both anti-abortion and abortion-rights groups, and raised questions about the court’s deliberative process.

The results does not surprise me. We the American people have lost so much confidence and admiration for the justice system, I believe it is irreparable. God help us!

I call horse pucks on this. They know who did it and just don’t want to let it out!

The leak came from someone high up within the court. Someone that knew how to cover their tracks. The investigation will continue for a while until it is no longer news. then sit on a desk and get shifted and lost, filed with other lost files.——- I, Grampa

I FEEL THAT THE ROE V WADE LAW WAS THE LAW OF THE LAND AND COULD NOT BE REVERSED. SUPREME COURT WAS VERY WRONG. IT IS UP THE OF WOMEN THAT SHOULD HAVE THAT RIGHT IF SHE DOES NOT WANT A CHILD!

You are correct! ! A woman has that right. If she does not want a child., she doesn’t have to have a child. It’s called responsible birth control. There are numerous methods out there, way more than I had access to 40 years ago. There is no excuse! It’s laziness or stupidity. In this age it makes no sense to get pregnant when there are so many methods available. And I don’t want to hear they’re not 100%. Most of them are very close. It does not excuse between 350,000 to 400,000+ abortions every year! A fully formed child feels pain! PERIOD! Full stop!

You are partially correct, SCOTUS should not have ruled on the premeditated murder of the innocent. 50 years ago when they did.

Of course they know who did it.The justice system in this corrupt,administration has destroyed any faith in the American people to trust them.Disfunction with them all,is a understatement.

SCOTUS is the leak source??
ID employees, others