Speaker McCarthy Ends Proxy Voting – What Does This Mean?

Home /News/Speaker McCarthy Ends Proxy Voting – What Does This Mean? 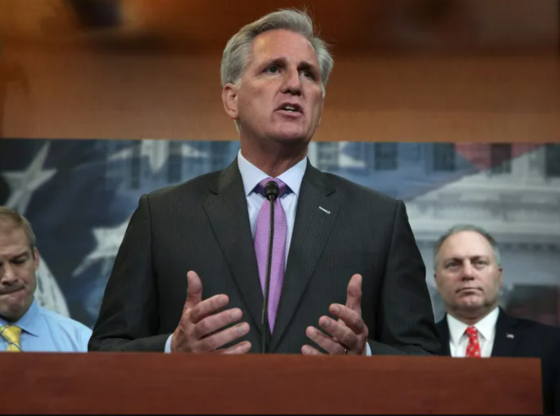 2023-01-19 – House Republicans – led by House Speaker Kevin McCarthy – have officially ended proxy voting. The vote by proxy situation was enacted during COVID-19, under former Speaker of the House Nancy Pelosi in May 2020. Though McCarthy vowed that if Republicans took the majority they would end the practice. Many argued that the practice allowed Congress members to shrug off some of their responsibilities, though it won’t be happening any longer as the practice is done for.

What is Proxy Voting?
Proxy voting permits lawmakers to vote without being present in person to vote on the House floor. Instead of voting in person, this practice allowed Congress members to submit a letter a colleague could read to announce their position or cast a vote in their name.

What does this mean for you?
Republicans vowed they would end this practice if they took the majority. And for you it means the lawmakers voting on bills that affect YOU will actually be present. They will be present and doing their job, you’re paying them, and voted them in, and they previously didn’t even have to be present to do their job for you. This changes that and requires them to be in office, and working to represent the people who voted them in.

McCarthy’s comments according to Fox:

“The Senate has managed to maintain in-person Floor voting for the entirety of the past two years — with a much older population and a 50-50 makeup, no less,” he said in December. “From the get-go, we warned that proxy voting would be misused as a means of convenience rather than as a precaution for health — and it has been, by members of both parties.”

Be there, or be square. You may not like it – but ya gotta show up.

EVERY CITIZEN WITH A JOB, HAS TO GO TO WORK EVERY DAY. SO THESE PUBLIC SERVANTS NEED TO DO THE SAME.THEY GET SUPPORTED BY OUR TAXES. BESIDES THEY HAVE MORE PERKS ON OUR DIME.
VERY LITTLE DO THEY DO TAKING CARE OF OUR COUNTRY.
TERM LIMITS ARE IN ORDER.
LET THEM GET A REAL JOB.

Republican Representatives, hold the line. Do not okay a debt ceiling raise. Demand a spending cut IAW the penny plan.