I am not a Rep. Kevin McCarthy fan. I think he is both rudderless and unprincipled. He is an opportunist who has not sold anyone on a reason for him to be speaker of the House of Representatives except that it is his time. We should not reward ladder-climbers who, having gotten to the top rung, just expect to climb it. But his lack of principles has now opened the door for the biggest conservative gains in Congress in decades and he should be speaker of the House.

The ringleader of the principled congressmen is Rep. Chip Roy, a Republican from Texas and a personal friend. Ted Cruz named Chip his first chief of staff. He worked for Texas Gov. Rick Perry before that and Sen. John Cornyn. He also served for a time as Texas’s Deputy attorney general. Years ago in the Senate, Roy led a staff rebellion against the nomination of Harriet Miers to the United States Supreme Court. His efforts directly impacted the shift of the Supreme Court by scuttling Miers in favor of Justice Samuel Alito, who just wrote the decision ending Roe v. Wade. Chip plays the long game and is an unsung hero in the battle against abortion in America. He is a convictional conservative.

Roy led a group of conservatives in battle against McCarthy. That group has now won. They have gotten everything they asked for. They wanted a real, legislative plan for a balanced budget over a 10-year period. They now have it. They wanted to end governance by crisis whereby House leadership waits until the debt ceiling or government shutdown has arrived then forces through a multi-thousand-page piece of legislation designed to prevent the crisis. They got it. They wanted conservatives on the House Rules Committee to be able to decide what legislation goes to the floor. They got it. They wanted defense cuts to force the Pentagon to finally deal with its waste, fraud and abuse. They got it.

They got everything they wanted and then some. The condition for the gains is supporting Kevin McCarthy for speaker of the House. After 12 votes, Roy and most of the 20 holdouts have acquiesced and supported McCarthy. On the 13th vote, after Roy finally voted for McCarthy, the House broke into a round of applause.

Unfortunately, now there are still holdouts who are driven more by disdain of McCarthy than principle. I share their disdain. But each of these people claims to be a conservative. We are on the cusp of long-term legislative gains for conservatives locked into House rules that would take a two-thirds vote of the House to change. The question for the personality-driven members of Congress is: Do they want to advance the convictions on which they have campaigned, or do they want to end McCarthy?

As tempting as it might be to just end McCarthy’s speakership, to do so would be to scuttle all the gains Roy just negotiated. The next speaker, whoever that might be, would not have to acquiesce. There would be no need to go through the process again. The holdouts might argue that any nominee would have to agree, but not every other nominee would be as unprincipled as McCarthy, willing to give away all his power for sake of a title.

Kevin McCarthy has just weakened the power of the speaker to levels unseen in modern American history. He gave away the store just for the title of shopkeeper. But by leveraging his lack of principles against him, Roy and the other principle-driven members of congress have just made real, substantive, long-term gains for the conservative cause, responsible budgeting and small-government sanity. It is time to let McCarthy be speaker and take this deal. 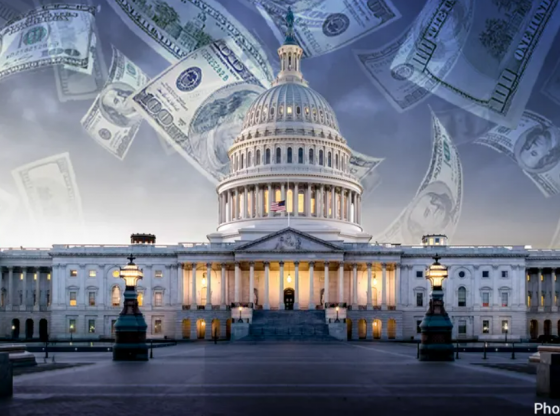 I WAS SURE GLAD TO SEE KEVIN MCCARTHY AS THE NEW SPEAKER OF THE HOUSE. HE HAS EARNED THIS POSITION, AND I EXPECT HE WILL DO SOME GREAT THINGS, FOR AMERICA/AMERICANS, TO “TWART” ALL THE ILLEGAL RENDERINGS, LAID OUT BY THE BIDEN REGIME, OF ANTI-AMERICANS. I BELIEVE THAT HE DOES WANT “TERM LIMITS, TO COME INTO PLAY. C’MON KEVIN. WHIP THE GOP INTO SHOWING SOME, “UNITY”?