The Death of Eternal Truths and the New Paganism

Home /Opinion/The Death of Eternal Truths and the New Paganism 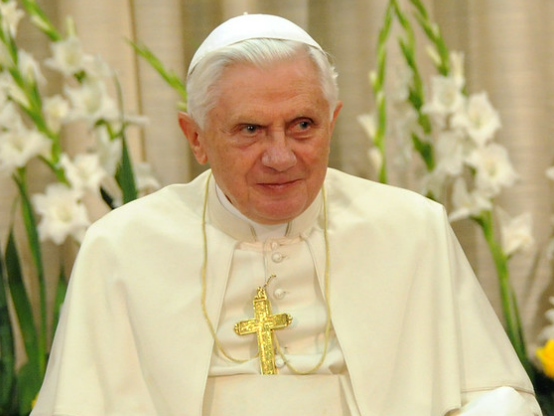 Last week, Pope Benedict XVI died at the age of 95, nearly a decade after stepping down as head of the Catholic Church. His life was marked by adherence to a belief in an eternal truth above all. As he stated in a 2008 meeting with Catholic educators at the Catholic University of America, “Truth means more than knowledge: knowing the truth leads us to discover the good… (W)e observe, with distress, the notion of freedom being distorted. Freedom is not an opting out. It is an opting in — a participation in Being itself. Hence authentic freedom can never be attained by turning away from God.”

There is a truth; that truth must be pursued; the only substitute for truth is falsehood. Human beings have sussed out eternal truths over the course of millennia, and to discard those truths in favor of subjectivism is crippling. Those eternal truths are rooted in the belief that God made us in His image; that He granted us roles and responsibilities; and that true freedom lies in making choices within the boundaries of those roles and responsibilities.

What happens when we discard those truths?

We are seeing the consequences of this two-step process before us in real time.

In a recent interview with The Wall Street Journal, social psychologist Jonathan Haidt spelled out what happens when we turn our gaze inward rather than outward. Generation Z, he said, has been sucked into a vortex of narcissism and jealousy and isolation. According to Haidt, there has “never been a generation this depressed, anxious and fragile.” For girls, particularly, replacement of roles with constant self-assessment has been a pathway to hell: “You post your perfect life, and then you flip through the photos of other girls who have a more perfect life, and you feel depressed.” The new cultural ideology “valorizes victimhood… You’re not going to take chances, you’re going to ask for accommodations, you’re going to play it safe, you’re not going to swing for the fences, you’re not going to start your own company.”

Civilizationally, the loss of inherited wisdom and traditional values has resulted in new, ersatz gods to worship. The most obvious god is the pantheistic god of nature, revenging itself on us for our capitalist excesses. Why else would “60 Minutes” feature widely discredited false green Paul R. Ehrlich, author of “The Population Bomb”? Ehrlich famously stated in 1968 that billions would die of starvation in the 1970s and 1980s; now, half a century later, he explains, “Humanity is not sustainable. To maintain our lifestyle (yours and mine, basically) for the entire planet, you’d need five more Earths. Not clear where they’re gonna come from.”

Never mind that Ehrlich is wrong. The real question is why he is still respected. The answer, of course, is that every religion requires its prophets, and the neopaganism of environmental catastrophism is no exception.

As the West loses its links with traditional wisdom, it breaks loose of its philosophical moorings. The consequences will be dire unless those moorings are reinforced. And they can only be reinforced by those who have the courage to defend eternal truths — not merely hide behind the tolerance of pluralism, a repository for the cowardice of conservatives who correctly stand with free speech but incorrectly think that stance sufficient to win the day.

In the end, either the truth will win out, or it will be destroyed. As Pope Benedict XVI told the Bishops of the United States in 2012, “The Church in the United States is called, in season and out of season, to proclaim a Gospel which not only proposes unchanging moral truths but proposes them precisely as the key to human happiness and social prospering.” Defenders of traditional values of all stripes are called to the same quest.

Ben Shapiro, 38, is a graduate of UCLA and Harvard Law School, host of “The Ben Shapiro Show,” and co-founder of Daily Wire+. He is a three-time New York Times bestselling author; his latest book is “The Authoritarian Moment: How The Left Weaponized America’s Institutions Against Dissent.” To find out more about Ben Shapiro and read features by other Creators Syndicate writers and cartoonists, visit the Creators Syndicate website at www.creators.com.
COPYRIGHT 2023 CREATORS.COM.

Enjoy the flames Ratbastard! You turned the truth of the word of God into a lie.

Looks to me like you are the one boiling over.

Enjoy your damnation in hell Catholic boy! Your is evil and Jesus Christ hates it and the pope a dope!

I lost faith in the Catholic Church in the early 70’s. I found out that they were all about the money! After growing up a devout Catholic all my life, I was refused to be married in the Catholic Church because the woman I was marrying was married previously and was then divorced. But for $600.00 we could go in from of a “Catholic Tribunal” and maybe after that we could be married. When I was a young man in my early 20’s, I could not afford the $600.00. So we got married at City Hall. I renounced the Catholic Church at that point. But to be sure, I never lost faith in God, or myself. We now own a thriving business and couldn’t be more satisfied the way our lives have turned out. The Lord is not greedy, those that operate his Churches, here on Earth, are the greedy ones!

Back in the 1970’s Fr. Cavanaugh wrote a great book: A Modern Priest Looks at his Outdated Church. In this momentous book he describes how the Church during the Middle Ages was no longer satisfied with administering to men/s souls. Instead they went for total earthly power and authority, to become the nightmarish juggernaut they are today. Martin Luther and other brave souls condemned them for the sale of indulgences and the rest is history. Happily, my family has been in a blessed state of excommunication from that tyrannical and corrupt Church for at least 400 years.

0
Reply
The Death of Eternal Truths and the New Paganism – Your America – Weltzin.me

[…] Source: The Death of Eternal Truths and the New Paganism – Your America […]