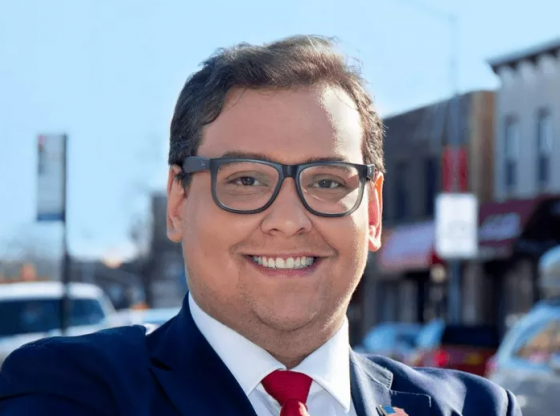 By now, just about everyone has heard about the massive campaign of lies that Republican George Santos fabricated that just got him elected to a congressional seat from New York.

In his various appearances and interviews to explain himself, the lack of shame he seems to feel is almost as uncanny as the lies themselves.

Sadly, Santos is a child and product of the troubling and, yes, dangerous state of affairs in our nation today.

The shyster weavers convince the vain emperor that there really are clothes when in fact there is nothing. They convince him that only fools and those unqualified in their work can’t see the fabric.

The only thing on anyone’s mind is what others think of them. There is no truth, only appearances.

Until one naive and unindoctrinated child steps forward and tells the truth that the emperor is naked.

It’s what happens when people become unmoored and lose a sense that there is something called reality, something bigger than themselves, of which they are a part.

A vital part of a child’s development is learning they are not the center of the world. That there are others, and they must be aware of the line where they end and others and the world outside begin.

In traditional cultures, there are rites of passage where children formally become adults and assume the responsibilities of adults.

But today, in our nation, where a sense of objective right and wrong has widely disappeared, there are no rites of passage, and many remain perpetually children. They insist the world is the way they want it to be rather than appreciating that there is a greater reality to which all must submit.

We see it culturally, economically and fiscally.

I write all the time about the mind-boggling debt being accumulated on the backs of American citizens. Fiscal responsibility is realism. It means the numbers must add up and debts are not incurred without clear ways to pay for them.

One analyst from the Institute for Policy Innovation calculates our national debt amounts to almost $600,000 per every American man, woman and child. This includes not just federal obligations on the order of some $30 trillion, but also debts built into Social Security and Medicare from an insufficient tax base to meet the obligations that must be met in upcoming years.

Yet what did this Congress do before ending its term? Pass another $1.7 trillion in spending.

The piper will be paid, and this is called reality.

On the cultural front, the U.S. Supreme Court, and now the U.S. Congress, has, based on politics and whim, redefined the eternal institution called marriage.

Is it any surprise, shortly after deciding you don’t need a man and a woman to constitute marriage, that now even who is a man and who is a woman is matter of personal whim?

So, George Santos is the man of our time. Why should he feel the need to submit to any “reality” more than what is happening in our culture at large?

What did Santos fabricate any more than the “1619 Project” fabricated about what American history is about?

Santos shows little shame because shame comes with appreciation that there are truths — right and wrong.

There is no shame in a culture where we make everything up.

Fortunately, there are many Americans who have not become detached from reality and see what is happening. But, still, many are afraid to say the emperor is naked.

But how long can widespread detachment from reality continue?

Meanwhile, an unrepentant liar, George Santos, a child of woke America, will be sworn into the sacred duty as a member of the U.S. Congress.

He will fit in nicely with the other corrupt liars that became rich from insider information. Maybe he will caucus with the dems, they seem to be better at deception.

Enjoy your torment in everlasting flames Santo. Jesus will not tolerate you.

Will he tolerate you? Have u checked for a log in your eye? So many claim to follow him, but then VOTE for Democrats whose agenda & ideals are totally AGAINST God’s Ten Commandments . All need to pray for guidance & live by his rules!

So how do you explain the fact that the Democrats have done a better job of managing the economy than the Republicans over the last 50 or 100 (take your pick) years? Fact check that and then apologize to liberals.

While Iying is one of my Pet Peeves, Nancy Pelosi proudly declared lying is just apart of politics! (PROVEN) Prez Biden & Democrats have been doing it for years. Just more-“RULES 4 Thee, NOT 4 me! “ https://www.c-span.org/video/?c4785397/user-clip-pelosi-explains-the-wrap-smear. WAKE UP AMERICA

I think you need to follow the MSM (TV Network News) since they won’t lie to you. You have bought the right wing propaganda. but you can aleways do some research to see the Democrats have always done a better job of managing the economy. Just look it up.

A majority of the voting public doesn’t realize that 98% of Democrats and more than 50% Republican politicians are sociopaths. Most people don’t know what a sociopath is. Government attracts these mentally ill people because they can make a lot of money taking little risk at the expense of taxpaying citizens. Voters are brain washed and conditioned to believe that politicians can lie, cheat, steal and pass laws that enrich the ruling class but undermine our Constitution because that is what politicians do. The same brain washed voters are the first people to complain when a company or service in the private sector screws them out of a nickel or insists that their favorite sports team fires their general manager.

Woke is an English adjective meaning “alert to racial prejudice and discrimination” that originated in African-American Vernacular English (AAVE). Beginning in the 2010s, it came to encompass a broader awareness of social inequalities such as sexism, and has also been used as shorthand for American Left ideas involving identity politics and social justice, such as the notion of white privilege and slavery reparations for African Americans. Maybe the right wing needs a new dictionary.