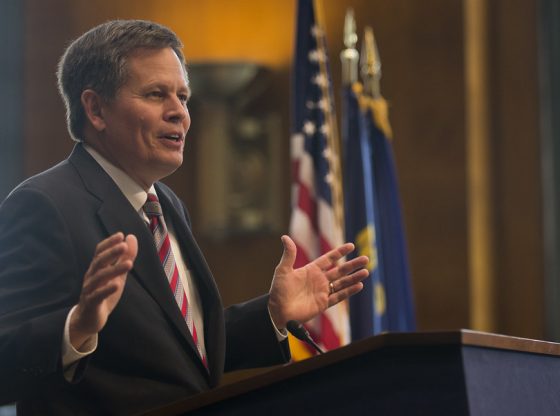 The NRSC key hires have been announced. The NRSC will be led by Senator Steve Daines of Montana.

Jason Thielman is appointed to be the Executive Director for the 2024 cycle. He’s a long-term veteran operative who has served as Daines’ top aide since his first election to the house in 2012.

Brock Lowrance will be the Senior Advisor to Daines. He is a Montanan who previously worked for FP1 Strategies.

Katie Behnke will be the Finance Director. She is a veteran political fundraiser and owner of the Maybell Group. Mrs. Behnke also served the NRSC as Finance Director in 2018.

Mike Alm will be the senior director of digital marketing. He was the Executive Vice President at Campaign Solutions, where he provided political fundraising and strategy to Republican congressional candidates.

Mike Berg will be the Communication Director. He was most recently deputy comms director for the NRCC, and previously was a communications staffer for Missouri Sen. Josh Hawley. Berg worked at the NRSC during the 2018 cycle.

“We will look at every race in every state,” Daines said in an interview. “We want to see candidates that win a primary, that can win a general election.”

Without the majority, Republicans will be on defense for the next two years as Senate Majority Leader Chuck Schumer still controls the floor. Schumer split Republicans on legislation like gun safety and infrastructure, earning McConnell’s vote along the way — although that dynamic will be muted now that Republicans have the House.

Is Daines saying he will look to see if a candidate is electable a way of saying no support for MAGA candidates? If so, this will be further fuel to the GOP civil war.

The fact is that the Democrats have done a better job of managing the economy than the Republicans over the last 50 or 100 (take your pick) years? Fact check that and then apologize to liberals.

If all these new folks are at all affiliated with the deep state swamp creatures then count me out as well as the hundreds of people in my circle that I consider thinking republicans. A left wing RINO in any position of authority will destroy the party and the country…and end our teetering Republics death spiral,