Philbrick wrote: “For a lot of African Americans, Walker puts on display a lot of the worst stereotypes that white conservatives in the South harbor toward them: that his talents are only in athletics, and that he is, in his own telling, ‘not that smart.’ If a candidate as controversial as Walker wins, the takeaway will be that if you have enough star power, speak the language of the party’s base and have Trump’s backing, you too can be in the Senate.

“I was with Walker about three weeks ago in a heavily conservative, heavily white northern Georgia county. When I follow Walker to those kinds of events, we’re really the only two African Americans there. A white man walked up to me and was like, ‘Where are all the black people?’ He seemed to understand that Walker was a black candidate who was not garnering much black support in a state where you actually need at least a little bit to win. I’ve even talked to black conservatives who are shaking their heads in disappointment. Though not on the record, of course.”

Let’s start with “we’re really the only two African Americans there.” I know nothing about Mr. Philbrick’s racial background, but from his photo he looks about as “African American” as Mitt Romney. Philbrick attended Greeley High School in Cumberland, Maine, not exactly the ‘hood. The school student body is 92% white, 2% black. But Philbrick’s keeping it real at The New York Times.

Walker, you see, brings nothing to the table, other than “star power” and supporting former President Donald Trump. Things like likeability and relatability are completely irrelevant. Any old celebrity will do, right?

Why isn’t Philbrick depressed that blacks are denying (SET ITAL) themselves (END ITAL) the opportunity to hear Walker’s central message: that children need fathers in the home? Maybe the white man who walked up to Philbrick “seemed to understand” that 70% of black kids are born to unmarried women and considers it tragic that blacks weren’t there to hear Walker’s message.

How many blacks are (SET ITAL) supposed (END ITAL) to be at a Walker rally? Should Walker kidnap them and force them to hear him speak? Is there some barrier preventing blacks from attending his rallies — a secret password, a fraternity handshake or an initiation fee? Apparently, blacks, who remain overwhelmingly Democrat, are not buying what Walker’s selling. Should he renounce the Republican Party and become a Democrat to attract more black faces?

Philbrick should listen to the secretly recorded tape of four non-Southern Latinos, all liberal Democrats, three of whom are members of the Los Angeles City Council. They compared a black child to a monkey, made racist comments about whites, disparaged Jews, called a gay man a “little b—” and even made a racist slur against Mexican immigrants. So “white southern conservatives” do not have a monopoly on racism and bigotry. Why, one can even find racism and bigotry at The New York Times.

I once heard country singer and pianist Charlie Rich at the Michigan State fair in Detroit. I was about the only black in a crowd of maybe 3,000. Given the insufficient number of blacks to keep me company, perhaps I should have stayed home and listened to “Behind Closed Doors” on the radio. As for Walker saying, “I’m not that smart,” what of President Joe Biden? During the 2008 presidential campaign, Obama reportedly said of his running mate, “How many times is Biden going to say something stupid?”

But at least “African Americans” show up at Biden rallies. 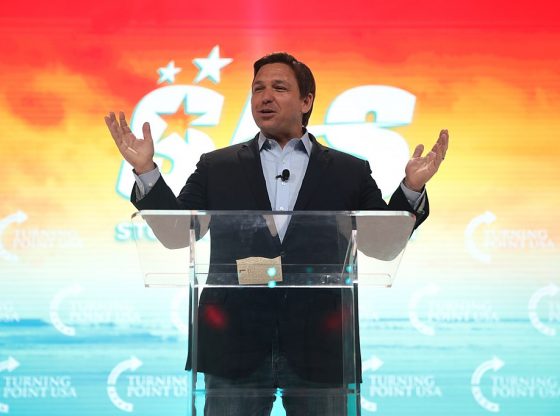 They have to attack him as a “white supremist” to get the Atlanta black vote.

WHY DOES ANYONE STILL READ THE TIMES????? NOTHING BUT RACIST FAKE NEWS JUST LIKE THE LA TIMES.
THESE PEOPLE ARE JUST AS CORRUPT AS OUR USELESS MEDIA.