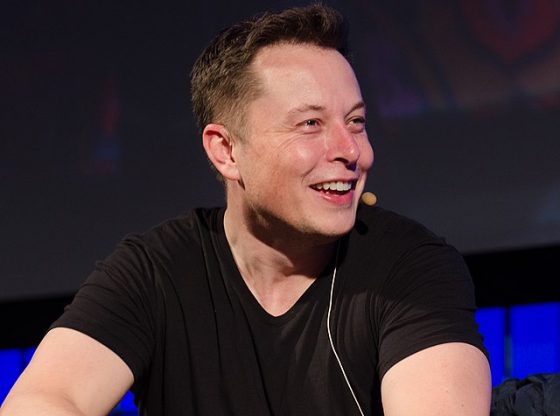 It has now been a week since Elon Musk took over Twitter, and the wailing and gnashing of teeth is still audible across the legacy media landscape. In one sense, that’s rather shocking: Why, precisely, should members of the media be so apoplectic about a billionaire taking over a social media company from other millionaires, pledging to loosen restrictions on dissemination of speech? In another sense, the outrage is perfectly predictable: The legacy media oligopoly is now under threat.

To understand the angst of the legacy media and the Democratic Party over Musk’s takeover of Twitter, it’s important to understand the oligopolistic history of legacy media dominance. Until the 1990s, virtually all Americans had to rely on just a few major legacy media sources: the three networks, The New York Times, WaPo and the like. A huge number of Americans relied on local newspapers, but these newspapers in turn relied on wire services like the Associated Press, AFP, Reuters or McClatchy.

This oligopoly meant both market share and control of the narrative.

The rise of the internet changed everything.

After Drudge Report broke former President Bill Clinton’s Monica Lewinsky scandal, the nature of the media changed entirely. There had been hints of a brewing dissent in the works — talk radio, the rise of Fox News. But the internet shattered legacy media dominance entirely. People began diversifying their news diets en masse. The legacy media were suddenly being called out and fact-checked by outlets that people actually read.

In the early stages of the new media, people accessed their favorite websites directly. They bookmarked these sites, and they clicked on them each morning.

Then came major social media. Social media re-centralized the mechanisms of distribution for news. Instead of bookmarking 10 websites, for example, people followed 10 accounts on Twitter, or added them to their Facebook newsfeeds. This was highly convenient — and it was good for a lot of nonmainstream news outlets, who suddenly had access to billions of eyeballs. A thousand flowers bloomed.

And, for a time, there was stasis: Because Democrats maintained political control, these social media sites were praised for their free speech principles, and clever use of these services — a la the Obama campaign in 2012 — was considered good and worthy.

When former President Donald Trump was elected in 2016, however, legacy media outlets and the Democratic Party panicked. They thought they had forged an unbeatable electoral coalition; there was simply no way Hillary could have lost legitimately. Someone had to be blamed. The answer was obvious: right-wing “misinformation” and “disinformation,” spread by social media, was the culprit.

The legacy media and their Democratic friends now began to blame Facebook and Twitter. Pressure was put on the social media sites to stop acting as free platforms for dissemination of a broad variety of views; instead, the social media platforms — which had monopolized news traffic — could be used to reestablish Left-wing legacy media oligopoly. Pressure even came from the Department of Homeland Security, as The Intercept reported this week: DHS engaged in “an expansive effort… to influence tech platforms.”

“Misinformation” would be fought by shutting off the traffic spigots on non-legacy media; legacy media would be promoted and elevated. And because virtually all news traffic to sites now came through these social media sites, the oligopoly could once more take hold.

People were banned for saying the obvious: men were not women; mass masking was not an effective solution to COVID-19 transmission; vaccine mandates were ineffective because vaccines did not stop transmission; black Americans were not being systemically targeted by law enforcement based on race. By simply claiming victimhood, the Left leveraged social media into restricting the flow of information.

This is why Elon Musk’s purchase of Twitter presents such a threat.

Musk will presumably again allow a thousand flowers to bloom. And the oligopoly can’t handle that, which is why they have declared all-out war on Musk.

But it won’t work. Because all he has to do is say no. We can only hope that other social media bosses follow Musk’s lead and find again the mission that led them to found their companies, rather than cowering in the corner at the behest of the Democratic-legacy media complex.

The Violent Attack on Paul Pelosi: Bring on the Left-Wing Hypocrisy
Democrats Must Stop Dividing Our Country