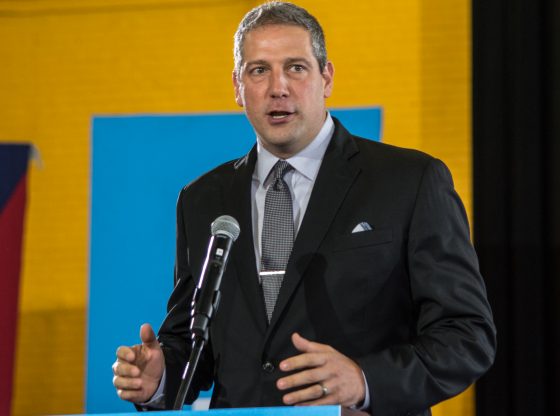 Tim Ryan, Democratic Ohio Senate candidate has, according to The Associated Press, accepted campaign donations over the years from drug distributors. While his campaign has gone against Republican J.D. Vance and his speculation of Vance’s record in fighting the opioid epidemic, it turns out opioids have been sponsoring his campaigns for quite some time. In fact, the donors backing him have turned out to be top distributors blamed for a key role in the crisis.

AmerisourceBergen, McKesson and Dublin, and Ohio-based Cardinal Health are the three biggest drug distribution companies in the U.S., all starting sometime between 2007 and this August.

While Ryan’s campaign spokesperson has called Ryan one of the most outspoken fighters against the opioid crisis in Congress, he has received over $21,000 from Cardinal Health alone. Over the course of Ryan’s career he has collected $50 million, and from these three companies alone he has collected $27,000.

While Ryan claims to be supporting programs and police to fight against the crisis, he has also been fueled by the very companies he is fighting against.

Ryan and Vance are in a tight race for an open senate seat being vacated by Republican Senator Rob Portman. Republicans hope to flip the house, and this might be a good seat for them to take over as Vance was one of the campaigns who did not receive money from these opioid company PACs.

Read the full story on The Associated Press.

Dont need this in Congress

0
Reply
Ohio Candidate Confused on What Drugs Are - Your America