Is a US-Russia War Becoming Inevitable?

At the NATO summit in Madrid, Finland was invited to join the alliance. What does this mean for Finland?

If Russian President Vladimir Putin breaches the 830-mile Finnish border, the United States will rise to Helsinki’s defense and fight Russia on Finland’s side.

What does Finland’s membership in NATO mean for America?

If Putin makes a military move into Finland, the U.S. will go to war against the world’s largest nation with an arsenal of between 4,500 and 6,000 battlefield and strategic nuclear weapons.

No Cold War president would have dreamed of making such a commitment — to risk the survival of our nation to defend territory of a country thousands of miles away that has never been a U.S. vital interest.

To go to war with the Soviet Union over the preservation of Finnish territory would have been seen as madness during the Cold War.

Recall: Harry Truman refused to use force to break Joseph Stalin’s blockade of Berlin. Dwight Eisenhower refused to send U.S. troops to save the Hungarian freedom fighters being run down by Soviet tanks in Budapest in 1956.

Lyndon B. Johnson did nothing to assist the Czech patriots crushed by Warsaw Pact armies in 1968. When Lech Walesa’s Solidarity was smashed on Moscow’s order in Poland in 1981, Ronald Reagan made brave statements and sent Xerox machines.

While the U.S. issued annual declarations of support during the Cold War for the “captive nations” of Central and Eastern Europe, the liberation of these nations from Soviet control was never deemed so vital to the West as to justify a war with the USSR.

Indeed, in the 40 years of the Cold War, NATO, which had begun in 1949 with 12 member nations, added only four more — Greece, Turkey, Spain and West Germany.

Yet, with the invitation to Sweden and Finland to join as the 31st and 32nd nations to receive an Article 5 war guarantee, NATO will have doubled its membership since what was thought — certainly by the Russians — to have been the end of the Cold War.

All the nations once part of Moscow’s Warsaw Pact — East Germany, Poland, Hungary, the Czech Republic, Slovakia, Romania, Bulgaria — are now members of a U.S.-led NATO — directed against Russia.

Three former republics of the USSR — Estonia, Latvia, Lithuania — are now also members of NATO, a military alliance formed to corral and contain the nation to which they had belonged during the Cold War.

Lithuania, with 2% of Russia’s population, has just declared a partial blockade of goods moving across its territory to Kaliningrad, Russia’s enclave on the Baltic Sea.

To Putin’s protest, Vilnius has reminded Moscow that Lithuania is a member of NATO.

It is a dictum of geostrategic politics that a great power ought never cede to a lesser power the ability to draw it into a great war.

In 1914, the kaiser’s Germany gave its Austrian ally a “blank check” to punish Serbia for its role in the assassination of the Archduke Francis Ferdinand, heir to the Austrian throne. Vienna cashed the kaiser’s check and attacked Serbia, and the Great War of 1914-1918 was on.

In March 1939, Neville Chamberlain issued a war guarantee to Poland. If Germany attacked Poland, Britain would fight on Poland’s side.
Fortified with this war guarantee from the British Empire, the Poles stonewalled Hitler, refusing to talk to Berlin over German claims to the city of Danzig, taken from her at the 1919 Paris Peace Conference.

On Sept. 1, 1939, Hitler attacked and Britain declared war, a war that lasted six years and mortally wounded the British Empire.
And Poland? At Yalta in 1945, Winston Churchill agreed that a Soviet-occupied Poland should remain in Stalin’s custody.

Putin is a Russian nationalist who regards the breakup of the USSR as the greatest calamity of the 20th century, but he is not alone responsible for the wretched relations between our countries.

We Americans have played a leading role in what is shaping up as a Second Cold War, more dangerous than the first.

Over the last quarter-century, after Russia dissolved the Warsaw Pact and let the USSR break apart into 15 nations, we pushed NATO, created to corral and contain Russia, into Central and Eastern Europe.

In 2008, neocons goaded Georgia into attacking South Ossetia, provoking Russian intervention and the rout of the Georgian army.
In 2014, neocons goaded Ukrainians into overthrowing the elected pro-Russian regime in Kyiv. When they succeeded, Putin seized Crimea and Sevastopol, for centuries the home base of Russia’s Black Sea fleet.

In 2022, Moscow asked the U.S. to pledge not to bring Ukraine into NATO. We refused. And Putin attacked. If Russians believe their country has been pushed against a wall by the West, can we blame them?

Americans appear dismissive of dark Russian warnings that rather than accept defeat in Ukraine, the humiliation of their nation, and their encirclement and isolation, they will resort to tactical nuclear weapons.

Is it really wisdom to dismiss these warnings as “saber-rattling”?

Patrick J. Buchanan is the author of “Nixon’s White House Wars: The Battles That Made and Broke a President and Divided America Forever.” To find out more about Patrick Buchanan and read features by other Creators writers and cartoonists, visit the Creators website at www.creators.com.
COPYRIGHT 2022 CREATORS.COM

Welcome to the Green New Deal, California
What Makes Biden So Pugnacious? 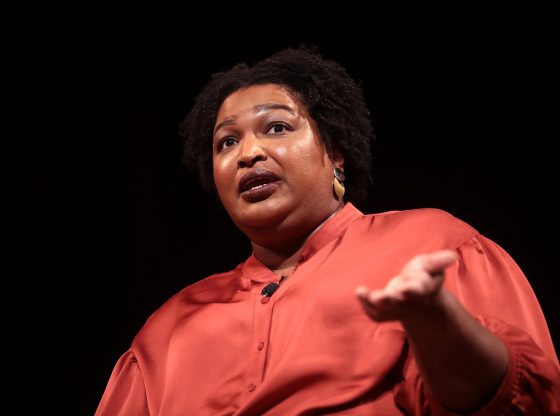 I think the whole world is on the edge of war. China wants, Russia wants, Iran wants, N.Korea wants.

It certainly appears the US wants!!!

Okay, so here’s a thought. Let’s stupidly (human trait) launch nukes at each other until no one is left. China gets to take over the world of Mad Max and calls it a day.

It will be interesting to see what plays out. I got out of the US Army 31 years ago. A lot of the equipment still used today was brand new just before I got out. And how much equipment was just left in other countries. Every road trip that I participated in, at least 1 vehicle was lost from breaking down and sometimes several. I hope mechanics can work when Bombs are being dropped. They did not work to well back when I was in.

UNDER BIDEN NO ONE IS SAVE. BUT DEMOCRATS ARE ITCHING FOR WAR.
TRUMP NEVER WOULD HAVE GIVING OK TO ANY WAR, WE WHERE SAVE, TO BAD AMERICANS HAVE A SHRT MEMORY, FORGET HOW GOOD TRUMP IS AND WAS. NO ONE STOOD UP FOR HIM EVER. THIS JUST SHOWS US HOW TERRIBLE AMERICANS ARE. THEY SHOULD BE GRATEFUL UNTIL THEIR DYING DAYS FOR ALL TRUMP DID FOR US.BUT THEY WANT OPEN BORDERS. COMMUNISM SOCIALISM.WOKE, NO LAW AND ORDER. BE CAREFUL WHAT YOU WISH FOR.TO BAD WE DO NOT HAVE ANY PATRIOTS LIKE WE HAD IN WORLD WAR 2. NOW WE HAVE MORE WOMEN THEN MAN.JUST SICK LILLY LIVERED GUYS.GOD HELP US AND FORGIVE US. FOR WHAT WE STAND……………

Echo from ‘The Guns of August’?

If the US keeps messing in the Ukraine, where we have no security interests, there will be war. Somebody on either side will do something stupid and shortly thereafter the nukes start flying.