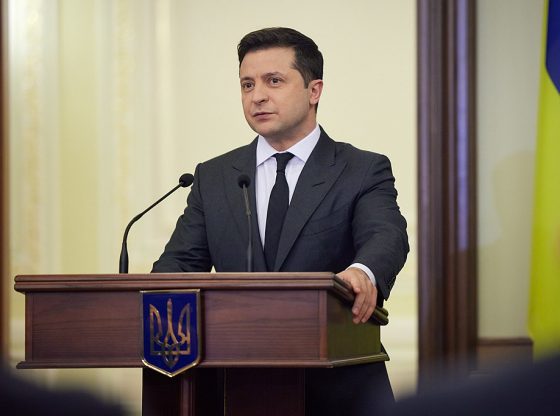 Last week, sources leaked to The New York Times that, in Ukraine’s targeting and killing of Russian generals and the sinking of Russia’s Black Sea flagship, the Moskva, U.S. intelligence played an indispensable role.

Apparently, our intel people identified and located for the Ukrainian forces what became the targets of their deadly attacks.

Why U.S. intelligence would do this seems inexplicable.

By claiming credit for Ukraine’s most visible military successes, we diminish the achievements of that country’s own forces.

By bragging publicly that we helped engineer the killing of Russian generals and the sinking of the cruiser Moskva, we taunt Russian President Vladimir Putin. We provoke him into retaliating in kind against us, thereby raising the possibility of a wider U.S.-Russia war that could escalate into World War III.

Moreover, U.S. boasting like this plays right into Putin’s narrative that Russia is facing and fighting in Ukraine a U.S.-led alliance that is out to crush Russia.

Indeed, why are we going beyond assistance to the Ukrainians in defending themselves, into making this American’s war?

When Speaker Nancy Pelosi arrived in Poland following her visit to Kyiv, she virtually embraced the idea of the Ukraine-Russia war as now being America’s war, declaring, “America stands with Ukraine. We stand with Ukraine until victory is won.”

Accompanying Pelosi to Kyiv was a delegation of House Democrats, one of whom, Rep. Jason Crow of Colorado, echoed Pelosi in Poland:

“The United States of America is in this to win.”

Their visit followed that of Defense Secretary Lloyd Austin, who came out of Kyiv and declared the U.S. strategic goals in Ukraine’s war:

“We want to see Russia weakened to the degree that it can’t do the kind of things it has done in invading Ukraine.”

These statements by U.S. leaders reinforce Putin’s line that Russia is besieged by a U.S.-led Western alliance that fears and detests Mother Russia and wishes to see her defeated and diminished.

Our enemies in the West who seek to destroy Russia are like those we fought in the Great Patriotic War of 1941-1945, Putin now claims. And intervention in Ukraine was necessary to prevent today’s neo-Nazis from dragging Ukraine into their larger conspiracy to destroy Russia.

Consider Putin’s words of a week ago:

“The forces that have always pursued a policy of containing Russia … do not want such a huge and independent country that is too big for their ideas … They believe it endangers them simply by the fact of its existence, although this is far from reality. It is they who endanger the world.”

We are hated for who and what we are, says Putin. And our military operation is an act of legitimate self-defense against the same kind of “Nazi filth” we fought in the Great Patriotic War.

Russian Foreign Minister Sergey Lavrov describes the recent surge in heavy Western weapons shipments to Ukraine as “NATO … going to war with Russia through a proxy and arming that proxy.”

By cutting Republicans out of her delegation to Kyiv, Pelosi appears to want to make the war not only America’s war, but her party’s cause.

That seems to be a motive as well behind Biden’s consciously exceeding any Western leader in the language he uses on Putin, calling him a “killer,” a “murderous dictator,” a “pure thug,” a “butcher,” a “war criminal,” guilty of “genocide,” who “for God’s sake … cannot remain in power.”

Such language is designed to showcase Biden as the world’s leading anti-Putinist and the most morally outraged of all the world’s leaders at what Russia is doing in Ukraine.

But, again, like the public boasting of U.S. intel agents over our role in the sinking of the Moskva and killing of the Russian generals, the effect is to disqualify the U.S. president from any role in negotiating a truce or an end to this war.

How do we benefit from having no leader-to-leader communication with the Kremlin, which President John F. Kennedy retained in the Cuban missile crisis to end it?

NATO Europe, which is supporting the Ukrainian resistance, is not on board with the U.S. plans to cripple Russia permanently.

America needs to recognize that our objectives in this war are not the same as Ukraine’s.

President Volodymyr Zelenskyy would like to have the U.S. plunge in and fight alongside Kyiv, devastate and defeat the Russian army, and expel Russia not only from the regions invaded this year but also from Crimea, which Putin annexed in 2014 .

America’s vital interests in this war, however, are to prevent it from becoming a U.S.-Russia war or a third world war or a nuclear war.

The U.S. goal of imposing a crushing defeat of Russian aggression is secondary to our far more vital interest in avoiding a U.S.-Russia war.

America’s interests are best served by an early and negotiated peace. Such a goal rules out imposing humiliating terms on Russia, which cause Moscow and Putin to escalate militarily — to survive politically.

Pat Buchanan: Alito 5 Must Stay the Course
Ben Shapiro: For the Left, Children Are Either Obstacles or Tools

Buchanan is totally wrong. The war is the Ukrainians, and they are doing well with American and European supplied arms. Putin was and is dead wrong to invade Ukraine and wage aggressive war against Ukraine for the sake of Putin’s recidivist dream of recreating the old Soviet Union as much as Putin can. Ukraine wants no part of a greater Russia but rather wishes to pursue its own path to be part of Europe. The United States and Europe are right to support an independent, democratic, prosperous Ukraine. It does not matter whether Russia is weak or strong, poor or rich; just leave Ukraine alone.

This is Democrat at war with Russia! Then only Democrats should go to war and serve their ideas to Russia by force and Pelosi and her friends should lead the charge, that should lead to a victory for Russia.

All that needs to be done to stop Russia is turn American Oil back fully on. It would put a huge dent in inflation also.

It became America’s war when Joe gutted American oil on day one. Forced American’s and other free peoples to finance Putin’s unfounded and unworthy invasion and brutal murder for fun campaign with new found gift from Corn Pop Joe..
Joe is equally guilty with Putin for every Ukrainian death because he wants to force EV’s down American’s throats and get his kick backs from China. And he thinks gutting American oil will make him richer. He belongs in front of a wall with a blindfold and cigarette for what he’s done and he isn’t even close to finished yet.

LISTEN UP….PUTIN and HIS ARMY are KILLING UNARMED CIVILIANS. The MADMAN Needs to be STOPPED. From SamuraiQueen. 😷😷😷🤕🤕🤕😭😭😭