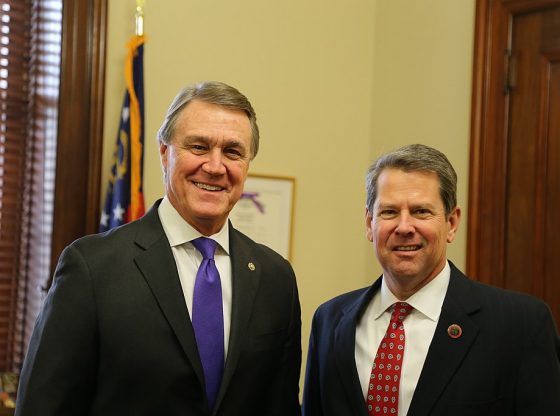 Former U.S. Sen. David Perdue had not intended to jump into the Georgia gubernatorial race when he did. Just a few months before, Perdue had still been telling people he was backing incumbent Gov. Brian Kemp despite pressure from the Trump campaign. He needed some time to distance himself from his public support for Kemp.

It was foolish and foolhardy and Perdue’s loss in May will give former President Donald Trump the first endorsement black eye on the campaign trail. It is the worst-played hand in politics in America today.

Multiple members of the Georgia state Legislature tell me on background that each was pressured by Trump surrogates to publicly endorse Perdue or face a primary challenge. Not only did Perdue not get those endorsements, but those state legislators also escaped primaries and helped Kemp get his agenda over the line.

Had he been more patient, Perdue could have waited to surprise everyone by entering unannounced during Georgia’s statewide qualifying period last month. It would have thrown Kemp off his game, perhaps denied Kemp some legislative wins, and given Perdue momentum. Instead, Perdue gave Kemp time.

Kemp cut off major sources of Perdue fundraising through a political finesse many of his opponents did not believe he possessed. Kemp realigned the Georgia Board of Regents to ensure Perdue’s cousin, Trump secretary of agriculture and former two-term governor of Georgia Sonny Perdue, got appointed Chancellor of the University System of Georgia. Alec Poitevint, who served as campaign chairman for every statewide Perdue race in Georgia — yes, Sonny and David — threw his weight and fundraising clout behind Brian Kemp. Eric Tannenblatt, Sonny Perdue’s one-time gubernatorial chief of staff and powerful political operator in Georgia, also aligned with Kemp.

Republican legislators, who usually cannot agree on much of anything, handed Kemp a series of serious policy wins he will now tour the state signing into law. Kemp just scored tax cuts and budget surplus rebates for voters; pay raises for teachers; permitless gun carry for the Second Amendment crowd; transgender sports regulations, curriculum transparency and mask mandate bans for parents; an expansion of Georgia’s school choice scholarship for students; and liability and nuisance protection for farmers. During the legislative session, Perdue blasted Kemp for refunding taxpayers part of Georgia’s enormous budget surplus and for giving teachers pay raises.

Kemp has outraised Perdue and Abrams with mostly in-state dollars. Both Abrams and Perdue have seen about 80% of their money come from outside Georgia. Kemp stopped talking about or attacking Perdue more than a month ago. Only this past week did Kemp resume attacks on Perdue, as Perdue placed ads to attack Kemp.

David Perdue is a decent man who got talked into doing something he should have never done and did it in the most embarrassing way. Being the first high profile loss for Trump will undoubtedly earn Perdue no grace at Mar-a-Lago. It is a sad and embarrassing end for a good man with too much time on his hands.

When Perdue entered the race, a mutual friend flummoxed by his decision explained it as, “Reality just works differently when you visit Mar-a-Lago.” The reality in Georgia has always been that Republicans want to beat Abrams, and they were never going to do so by replacing the only man to beat her with the man who couldn’t even beat now-Sen. Jon Ossoff.

Perdue should start working now to unite the party behind Kemp and perhaps mend fences or at least save face and go on quietly to the primary. But a campaign team that seemed to convince him of something that was never true is probably not equipped to help him salvage his reputation in the GOP. Perdue’s campaign will probably just dish out more attacks and help Abrams, the lady whom Perdue said “forced (his) hand.” He really should consider a quiet wind-down of his campaign.