Larry Elder: A Tale of Top IS Leaders Killed Under Two Administrations

Home /Opinion/Larry Elder: A Tale of Top IS Leaders Killed Under Two Administrations 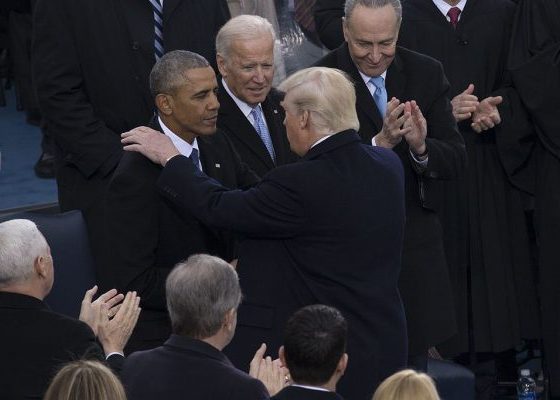 When President Donald Trump, in October 2019, ordered a successful takedown of top Islamic State group leader Abu Bakr al-Baghdadi, Democrats and even the anti-Trump media celebrated the death of the terror leader. But top leaders of the Democratic party still chastised Trump for failing to notify top congressional Democrats of the impending strike.

Speaker of the House Nancy Pelosi issued the following statement: “The House must be briefed on this raid, which the Russians but not top congressional leadership were notified of in advance, and on the administration’s overall strategy in the region. Our military and allies deserve strong, smart and strategic leadership from Washington.”

Trump did inform two Republican leaders of the strike, but admitted he completely excluded Democrats, including Pelosi. As to informing Pelosi, Trump said: “No, I didn’t. I didn’t do that. I wanted to make sure this kept secret. I don’t want to have men lost, and women. I don’t want to have people lost.” He also said: “(I was) going to notify (congressional leaders) last night, but we decided not to do that, because Washington leaks like I’ve never seen before. Washington is a leaking machine. And I told my people, we will not notify them until our great people are out — not just in, but out. I don’t want to have them greeted with firepower like you wouldn’t believe.”

And according to former National Security Adviser Susan Rice, Trump also broke protocol by not informing his predecessor of the elimination of this ISIS leader. Rice said: “There is a tradition of common courtesy of presidents informing their predecessors of things of significance like this. Since the White House seemingly didn’t feel it necessary to inform the leadership of the intelligence committees on a bipartisan basis, I’m quite confident that they didn’t do the normal protocol with respect to predecessors either.”

Did Biden, pre-strike, notify top congressional leaders or give former President Donald Trump an advance warning? The same Democrats who criticized Trump said nothing about whether they received notice of the strike. But it appears that Biden, like Trump, kept House intelligence leaders in the dark. The Washington Post wrote: “A House Intelligence committee official, speaking on the condition of anonymity to discuss sensitive matters, said Thursday that the committee was not notified before the Syria mission ‘and will ask for additional information from the administration on that decision.'” What about Pelosi? The Post said: “Gen. Mark A. Milley, chairman of the Joint Chiefs of Staff, called House Speaker Nancy Pelosi, D-Calif., on Thursday morning to inform her about the Syria mission, according to Pelosi spokesman Drew Hammill. It is unclear whether Milley’s call to Pelosi came before or after the strike.” Whether Pelosi received notification before or (SET ITAL) after (END ITAL) the strike, given her criticism of Trump, seems awfully relevant. But Dems and the media appear blase about the difference.

Did Biden, like Trump, worry about leaks from congressional intel leaders, (SET ITAL) including Democrats (END ITAL) like Pelosi and Schiff? Did Biden, like Trump, fail to follow what Rice called “the tradition of common courtesy” by notifying his predecessor, the man the Biden administration calls “the former president,” of the impending strike against the IS leader?

Who knows? And it appears than neither Democratic intel leaders nor the pro-Biden media care to find out or even to ask. Oh, what a difference a Democratic administration makes.

Erick Erickson: NPR’s Strange Race Obsession Leads It to Old News
Ben Shapiro: The Attack on Joe Rogan Is an Attack on Dissent

Weak indecision in our Country leadership has lead to the turmoil that now exist on the world stage. The major power brokers in Russia and China now see the United States void of leadership with Biden and his band of misfits at the helm, they are correct in their thinking. Here we have a family who has taken money from these adversaries and promised what in return? They have compromised the world peace structure for personal gain. Think, Biden is hoping for war, to avoid resolving issues they created, which are now above his capability to resolve. He has surrounded his office with like minded in affected creatures who lack the brains and ability to compete on the world stage. These people have lied to Congress, broken’s established laws, spent money with out the approval of Congress, left lives and material on the battlefields which was not theirs to waste, and today have avoided any responsibility for their actions, but guess what 2022 midterms are just around the corner and the American people will have they say, impeachment and jail will be in the cards for their abuse of power and neglect to honor their oaths.

Beijing Biden is NOT President. You should have known that.