Erick Erickson: Defeat From the Jaws of Victory?

Home /Opinion/Erick Erickson: Defeat From the Jaws of Victory? 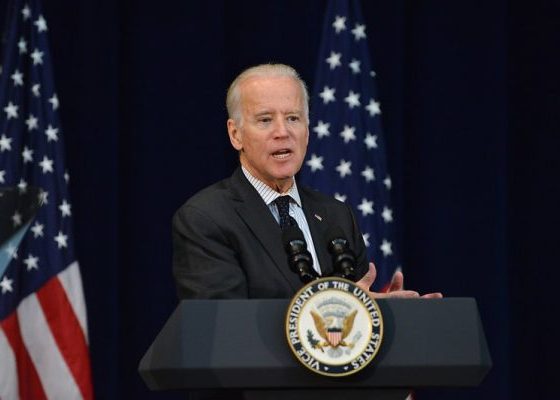 Things are really bad for the Democrats right now. The stock market has had its worst-performing January since 1929. Inflation is at its highest since 1982. While unemployment is low, businesses are struggling to find workers. Store shelves are empty. Schools are still shuttering. Masks are everywhere, along with the virus. President Joe Biden’s unpopularity is, in some polls, worse than former President Donald Trump’s ever was.

Republicans are ahead in most generic polls asking “who should control Congress?” They lead on questions of empathy, handling the economy, handling the border and pretty much every issue voters care about. In states like Arizona, incumbent Democratic Sen. Mark Kelly is regularly beaten in polls by generic unnamed Republicans. Midterm elections historically favor the party against the president. Redistricting gives Republicans a slight edge as well. Things should be good for the GOP.

Never underestimate the Republican Party’s ability to snatch defeat from the jaws of victory. In Georgia, Biden has a disapproval rating of 61%, according to the Atlanta Journal-Constitution’s (AJC) polling. Brian Kemp, the incumbent Republican governor, beats Stacey Abrams in multiple public polls. In the AJC’s polling, Kemp beats Abrams by a statically significant seven points.

Unfortunately, Trump hates Kemp. Though the governor is constitutionally prohibited from playing any role in elections, Trump blames Kemp for a supposedly stolen election in Georgia. As a result, Trump convinced former Sen. David Perdue to run for Kemp’s seat. It has fractured the Republican Party.

Perdue claimed he would unite the GOP in Georgia, but he has divided the party with nonstop attacks on Kemp over election integrity. The public polling shows Kemp is having trouble uniting the GOP but would still win the primary. Unfortunately, it will cost him money he could otherwise spend in the general election. Meanwhile, Abrams has a clear path to the Democratic nomination. All the public polling has Perdue, at best, in a statistical tie with Abrams even as Kemp decisively beats her. But Trump intends to interfere for vengeance.

In Arizona, while Kelly loses to a generic Republican, the actual Republicans in the race are all having a hard time. The attorney general of Arizona is struggling at fundraising. Others are struggling at credibility. Gov. Doug Ducey might enter the race, but Trump is already railing on Ducey, promising to hurt him. Ducey may be the best shot at picking up the Arizona Senate seat and handing control of the Senate to the GOP.

In Ohio, John Mandel and J.D. Vance are both forcefully engaged in performance for Trump’s supporters. The race has gotten crowded and the noise of the Republican primary risks luring independent voters to the Democrats. Ohio is a Republican seat they must hold. In Pennsylvania, Trump’s pick, Sean Parnell, dropped out of the race, and TV’s Dr. Mehmet Oz joined the race as a Republican. Last week, in a self-filmed clip at a market, Dr. Oz said he had discovered Pennsylvanians were patriotic. It is a sad commentary on a candidate that he only just discovered this about the people he hoped to represent.

Republicans have a shot at sweeping the nation. Between Biden’s unpopularity and redistricting, the House of Representatives should be a sure thing. But the GOP needs the Senate and needs to hold and gain governor’s mansions as well. This may be a wave year where even not-great candidates can win. But the former president’s interference could risk candidates who are radioactive in the general election. Polling in Georgia shows general election voters are 49% less likely to vote for a candidate Trump supports. That could help Democrats.

The GOP does have one bright spot. Adam Laxalt in Nevada has locked down Republican support across the board. He has the backing of both the Trump wing and non-Trump wing of the party. Catherine Cortez Masto may be the most vulnerable Democrat in the Senate as a result against Laxalt, who has statewide popularity. The GOP has multiple paths to gain the Senate with Democrats on defense. But the GOP has an annoying habit of sabotaging itself.

Jackie Cushman: Free Speech Has to Be Free
Patrick Buchanan: Is Democracy Dying or America Disintegrating?

Kemp is a douche. I rather see Stacey Abrams win than see another RINO win anything. Burn the Republican Party to the ground if we can’t do any better than someone like this back stabbing Kemp fellow.