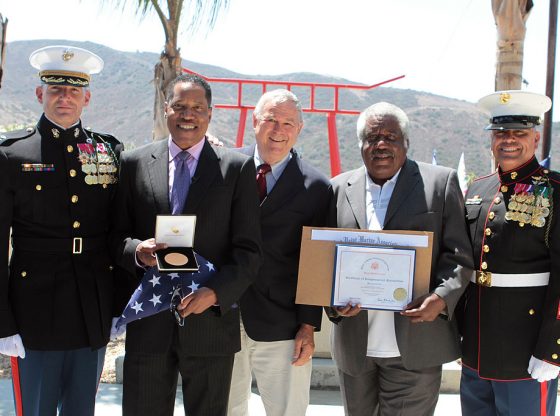 On this Martin Luther King Jr. Day, it becomes necessary to again remind us all of the distinction between equal rights, deserved by all, and equal results, deserve by none. Unfortunately, King also failed to make the distinction.

In 1968, King said: “At the very same time that America refused to give the Negro any land, through an act of Congress our government was giving away millions of acres of land in the West and the Midwest, which meant it was willing to undergird its white peasants from Europe with an economic floor. But not only did they give them land, they built land grant colleges with government money to teach them how to farm. Not only that, they provided county agents to further their expertise in farming. Not only that, they provided low interest rates in order that they could mechanize their farms.” Sounds like reparations.

We have had nearly sixty years of “race-based preferences” or affirmative action; “set-asides” or special government contracts for blacks that stoke racial resentment; college admissions standards that make it easier for a black applicant compared to a white student with similar credentials, which has led to higher drop-out rates for blacks compared to those admitted under standard criteria; and “a war on poverty” that has resulted in a disastrous increase in black children entering the world without a father married to the mother.

For once, Biden was right.

Fast forward to last week. After the firing of two black NFL head coaches (leaving only one), Skip Bayless, a white sports commentator with three million Twitter followers, said: “It dawned upon me that only Mike Tomlin (of the Pittsburgh Steelers) is the last man standing. The last black head coach in the National Football League on the eve of the playoffs. It rocked me. Because the gravity of it hit me as we near yet another Martin Luther King Day on Monday. … It is shameful, it is disgusting, it is embarrassing, and it’s inexplicably wrong.”

Really? The currency in the NFL is winning. Owners would hire Jussie Smollett if they thought he could lead them to the Super Bowl. What, exactly, is Bayless saying?

If owners refuse to hire black coaches due to racism, he ought to name names. Otherwise, this is demagoguery. Should black head coaches, once hired, never get fired? What an excellent way to make it (SET ITAL) more (END ITAL) difficult to hire them.

The No. 1 problem in the black community in particular, and in the country in general, is the growing number of children who enter the world without a father married to the mother. This is the case with nearly 70% of black children. But blacks’ salvation is more NFL head coaches?

Does Bayless find it “shameful, disgusting, embarrassing” that he’s kept his lucrative gig as a TV sports commentator for decades, despite the availability of black commentators? Or does he think (SET ITAL) he (END ITAL) earned his job but that the white head coaches in the NFL did not? Perhaps white savior/sportscaster Bayless should walk the walk and surrender his job to a more worthy black commentator?

Finally, what is the “correct” percentage of black head coaches? The NFL consists of 57.5% black players. Should 57.5% of the coaches be black? Does that apply to sports commentators? If so, Mr. Bayless, you’re fired.

MLK spoke of a colorblind society. What is truly shameful, disgusting, embarrassing and inexplicably wrong are people like Bayless, who demand a society that is color-coordinated.

Jackie Cushman: Independents Rule and Will Continue to Do So
Patrick Buchanan: By the Numbers, a Failing President

Biden emerged from the dark ages to try an pull his twisted mind into the ruination of the United States.His mind is gone and he is living in the past,but there is hope in 2022 to take back our Country and correct the mess Biden has created.Sid the other day when something is broken and can’t be fixed put ot to the curb,Biden and his crew of misfits are tring their best to have our Country fail but they can’t and know it, this is also why 30 democrats have deceded not to run this mid term with more to follow. The Biden’s have made more money unethically, then ethically which accounts for their moral compass being so fxxxed up. The DOJ thinks that they are in business to protect Hunter Biden and father from any and all invesgations and the FBI is in business do joe’s bidding on school matters, not look into interstate robberies of shipping or mail train packages etc. Crime is not on the Biden Adjenda to resolve, more attacks on the cops is, this will cost them in 2022 big time, Democrat run cities Mayors or DA’S have turned their back on crime and attack the police and the tax payors. They just don’t to guve a fxxx about the safety of the American people, opem borders, open drugs sales coming into our Country. Vote them out of office in 2022, they are corrupt and just can’t govern, time for a change in leadership, hold them accountable, put them to the curb where the trash belongs.

King” borrowed ” most of his material from Malcolm x. Mlk cleaned up the material with a flowery baptist sermon and spewed it to the public. It truly wasn’t about black equality but more for economic personal gain. Even kings offspring are CRT activists pursuing their own financial gain. Study it. The truth is out there.